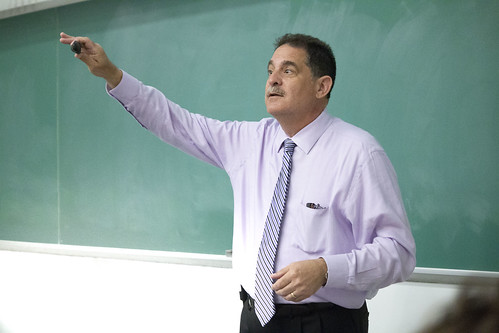 Michael Rizzo has more than 30 years of experience in sports coverage, management, marketing, and teaching. He graduated from Fordham University after majoring in Communications and received his Masters’ degree from St. John’s University in Marketing Management.

His professional career has included work at the Walt Disney Company where he was the Director of Sports Services at ABC-TV and Executive Director of News and Sports for ABC Radio. He’s also worked at other news operations like Verizon Fios and Fox News. He worked closely with ABC Sports and ESPN and has covered more than a dozen Super Bowls, 5 Olympics, and numerous NBA Finals, Stanley Cup championships and baseball All-Star Games and World Series.

Rizzo has taught classes in public relations writing, media management, and multi-media production. He currently is the Director of the Journalism Program at St. John’s University with courses in broadcast news, sports writing and how to use your smartphone as a 21st-century reporter. He also continues to consult for ABC-TV.

Reach out to our on-site office with questions or concerns.