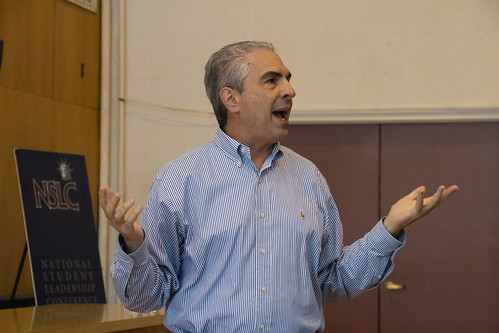 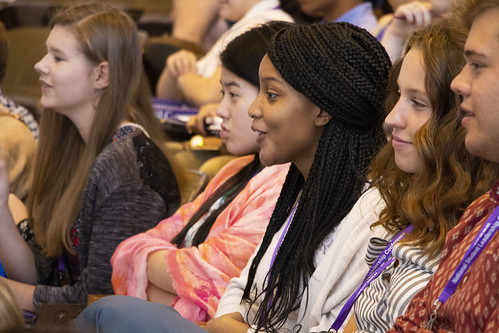 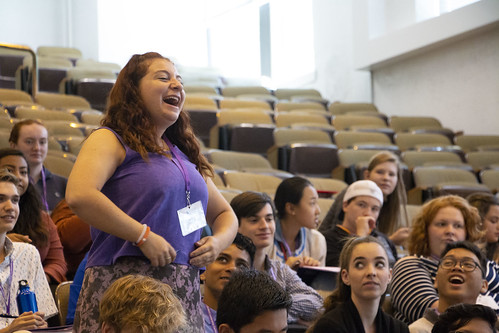 #NSLCTHTR heard from Dr. Paul Lisnek earlier today to talk about his experience with television and theatre.

Dr. Lisnek hosts “Police Tonight,” a LIVE Chicago-based television talk show and he is the political analyst for WGN-TV appearing on its new programs.

He hosts “Broadway Backstage” on the Comcast Network, where Dr. Lisnek is joined by the cast and creative teams of the hottest Broadway Shows and the show is taped in front of a live studio audience.

Backstage episodes have included: Hamilton, Aladdin, Book of Mormon, Kinky Boots, On Your Feet, Wicked, Billy Elliot, Beautiful, Pretty Woman, The Spongebob Musical, and many others.

You can hear his weekly podcast, “Behind the Curtain,” on WGNPlus.com, which covers theatre and politics. He has also appeared in feature films, including “Were the World Mine.”

Dr. Lisnek has written 14 books with his latest, a political murder fiction called “Assume Guilt,” out this summer.

The Museum of Broadcast Communication in Chicago hosts the Paul M. Lisnek Gallery, a permanent exhibit honoring his life and career.

As a founder of the NSLC, Dr. Lisnek visits several of our sessions throughout the summer.

You can find more pictures of our students on our Flickr page.

Check out a day with our #NSLCBUSI students! They visited a super fun company called Huge in Brooklyn…

Tonight our #NSLCTHTR students celebrated their hard work with their Tonie Awards! Click any photo to view more.…